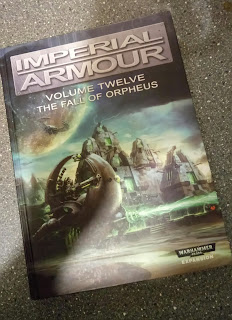 Hello People's of the interwebz!!!

Today I come to you with some thoughts on what I may be taking to Dave Westons 40k Birthday Bash 2.0 Tournament! After much thought I have come to the conclusion that I would like to deviate a little from the standard armies that we are all familiar with to have a look at the Necrons of the Maynarkh Dynasty,  as presented in Imperial Armour 12.

The first thing to acknowledge is that using this list has not yet been checked or approved by Dave,  so I'll let him know then go from there (fingers crossed I'll hopefully be able to bring it for something a bit different). Secondly the army is, to say the least,  "bit " out of date. To this end I propose the following amendments and non-amendments (might not be correct grammar but let's roll with it) to the rules for the Maynarkh Dynasty, as found in Imperial Amour 12: 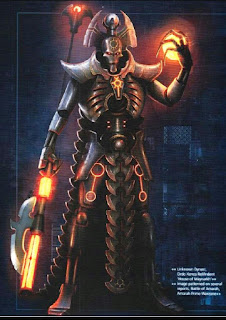 Warlord Traits:
1. Predictive Strategist
Reserve Manipulation +/-1 whilst Warlord is on the table. Many armies can use similar warlord traits,  so I don't think this needs amending for use at the event.

2. Dust and Ashes
Denying Slay the Warlord to your opponent nets you a victory point. Not too power inherently but can be a game changer.  I still think this is OK as is.

3. Blood of Ancients
Just like good old Chaos champion rule for challenges,  with the exception ICs killed in combat award victory points.  Really need Dave W to make a call on this one. Any suggestions for the communities opinion on whether this is too OP is also welcome (and if so suggestions to update).

4. Unbending Will
Reroll re-an's within 3in of an objective. . Not too shabby, I think this is grand as is.

5. Fire of the Heavens
During the shooting phase (every one!)  a unit which is a vehicle or artillery can resolve a single ranged attack at +1S! Doesn't exceed max S,  but is still a bit OP for a friendly tournament...  Maybe reduce this to one use a game.

6. Death Incarnate
Warlord and unit gain Crusader. Not too shabby,  so fine as is. 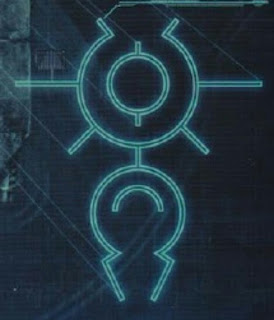 Reanimation Protocols
So IA:12 was originally written with the 5th edition codex (some call it the first 6th edition codex,  but that is neither here nor there) in mind.  To this end,  I would say all units with this rule,  must follow the rule as presented in the current codex: Necrons.

Flensing Scarabs
Unit equipped with Flensing Scarabs has the shred rule for the first turn of assault in the game.  Doesn't seem to bad,  keep it as is.

Entropic Strike
Harks back to the previous codex where you could remove a models armour save or reduce the armour value for vehicles.  I suggest replacing this to the entry in the current codex,  as this rule specifically applies to scarabs (I haven't seen any other units that can make use of this rule in IA:12).

Living Metal
Wording same as in current codex. No need to dwell here.

Ever-living
The rule no longer exists in the current codex,  so for all intents and purposes this rule should be ignored for all units that have it in IA:12.

Mark of the Flayer
Roll a d6 if a Maynard overlord/or unit they have joined fails a moral check or wipes a unit in close combat. Immediately apply result from MoTF table:

Berserk
Basically what kharn does when he misses in close combat (at d3 auto hits). Hits himself if on his own for a wound.  Fluffy and not to powerful,  definitely a hazard to use Maynarkh HQs,  love it.

Remains in Control
No effect.

Transfiguration
Overlord gains fearless and rage. At end of the battle,  overlord counts as destroyed for the purposes of victory points and StW.
More of the same,  a hazard to take but love the fluffiness,  can stay as is currently.

Next time I'll post about the units I may take in the book ((depending on whether I can take this army) some units are massively over costed these days hahaha) and what it may look like for my list.

Please let me know what you think in the comments,  are the amendments reasonable? Have the things that stayed the same reasonable? Shout out and let me know!

Until next time
Jonathan
Posted by Unknown at 08:17