Whispers from the Warp -Sisters of Battle 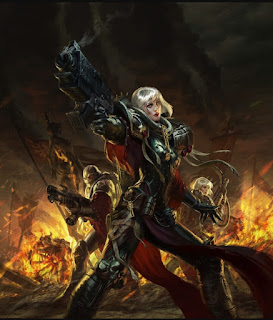 Just a quick one today as I came across a possible (might be already mentioned) rumour. WARNING TAKE WITH SALT! Link included below. 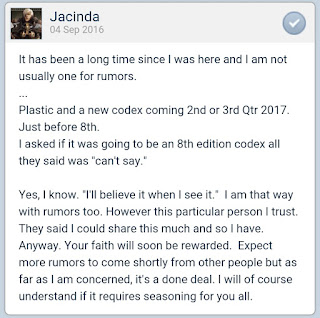 Please remember this is not specifically a rumour blog, only added as it seemed interesting to find post reading the Adepta Sororitas codex.

Credit to original source Jacinda on The Bolter and Chainsword.

Until next time
Jonathan
Posted by Unknown at 10:47 1 comment:

Thoughts on Leadership in 40k 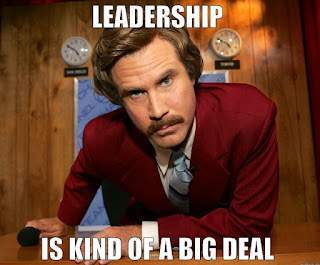 It's been a bit of a while since I posted, with many things in work life and home life getting in the way of hobbying the blog took a bit of a step back.  But I have returned today so that we can speak about the lowly step child stat of 40k:  The Leadership Value.

Now I will try and avoid as much as possible the ground trod in relation to ATSKNF; I think we are all aware that as a rule it needs an overhaul of some sort, due to its mitigation of so many USRs.  However it came to me as a thought, what is the point of leadership these days? Has the potential of this stat been lost?
Leadership feels less about leading and more about how to save your skin and running away... 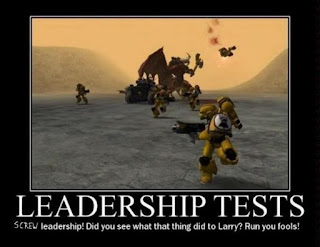 So why have leadership in the first place? In the Grim Darkness of the Far Future only crazy ass lunatics can get anything done? Right?

Wrong.  The 41st Millennium is full of stories of the little guys plucking up the courage to get what needs to be done, done. But there are also plenty of examples of big characters making mistakes and making bad leadership choices.  This is the underlying principle of leadership.  Everyone has different psychological reactions under pressure (except for Khorne Berserkers... dem biatches be cray cray).  And so we have our leadership value.

Pinning Checks, Moral Checks, ad nauseum all should still be impacted by the leadership value.  How these are used is fine in my opinion at the moment with the exception of the quantity of morale boosting abilities.  The use of morale debuffs currently within the game has been neutered.

But what if Leadership had another use? A very important use especially in these days of formations and faction specific detachments?  Leadership rolls now feel merely a way to keep your units where you want them at that time.  Which is realistic except for those situations for example where a courageous guardsman stands up and bayonets a daemon prince all because he had the courage. Leadership should do cool things to help units.  Also I say to you, how would our games be impacted if the extra abilities of the formations was linked to the leadership value?

Now I can hear some rattling of sabres in the background but hear with me.  Leadership would have a significant impact say if I was using the hammer of caliban formation.  I want to use monster hunters usr on a unit of carnifexes, but my techmarine must roll to see if the order goes through.  I fail, I lose the ability.  Maybe those carnifexes survive a little bit longer? Maybe they get into close combat and rip me to shreds... 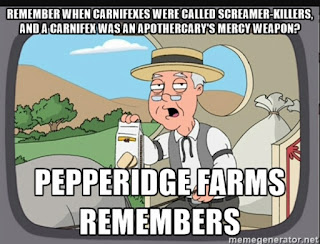 Obviously some inherent abilities wouldn't need this check.  I can’t imagine a Chaos Lord shouting at his raptors to "Get Scarey!!!" to cause fear for example.  They just are. Now I know this treads on some of the gameplay mechanics of guard at present, however all armies issue orders.  Some leaders are better than others getting stuff done.  Sometimes no matter how good you are as a leader your men just won't do what you want, or do it badly....

What do you think?  Does this fall down when in use? Does the idea of more dice rolls fill you with terror? (Take a Moral Check 😝)

Let me know in the comments
Until next time
Jonathan
Posted by Unknown at 09:58 No comments: