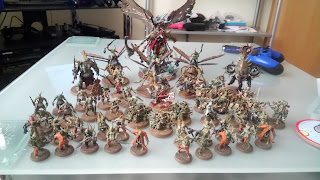 It's been, a bit since my last article about modelling, and there has been a considerable increase in progress in relation to my burgeoning Death Guard/Nurgle Daemons army that I will taking to my next upcoming tournament in November, Never Mind the Blog Wars, run by our good friend Alex over at fromthefang.blogspot.co.uk

With this being my first event of the new edition, this will be quite the learning curve, not counting the fact I have yet to play a test run with my list! To anyone that ends up playing against me I hope I don't make the day less enjoyable for you! For now all I can do is try to brain-damaged the codex to make sure this game don't go too slow.

So what have I decided to take I hear you ask? Well, read on for the list! 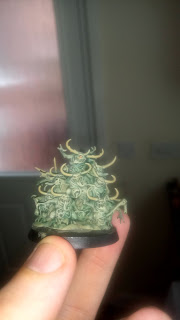 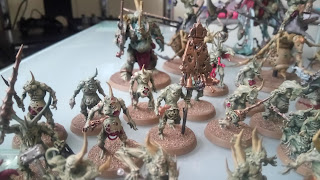 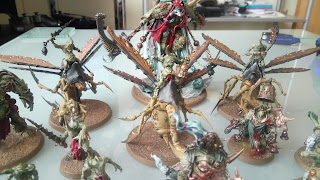 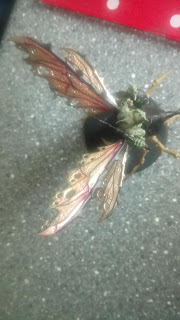 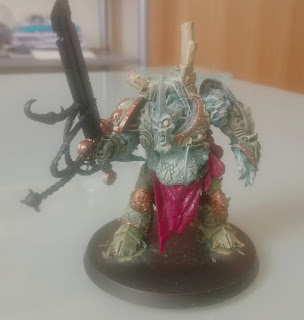 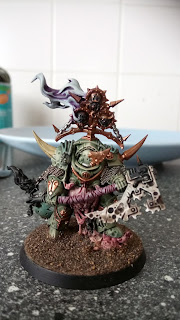 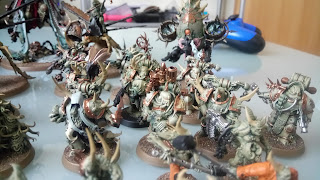 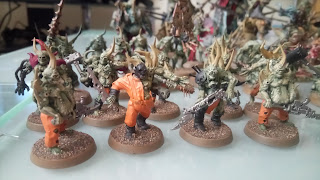 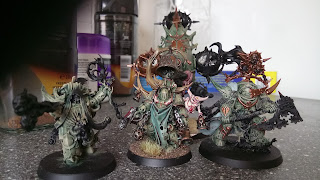 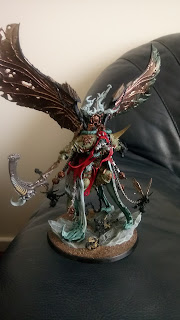 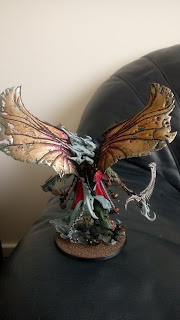 I originally had the plan to include a foul blightspawn, however, as I am sure everyone here is aware, the units' popularity has made getting a hold of one on time difficult, so I've bulked up the cultist squads in place of it. You'll notice in the images above (such as the title image) the cultists aren't present, this came about from the fact that battlescribe (the version I had been using) was incorrectly costed for most of the units. Alex before the list submission highlighted the issue and I found I had a lot of points to work with, so for the event no lists would be submitted via battlescribe files and would be built directly for the sourcebooks either index or codex. I've managed to get everything table ready for the tournament, but there are a lot of small details that really need looking into after the event, so we'll see how that goes moving forwards.

Some here may worry about posting my list before the event takes place, but fear not! List submissions for checking have begun, so this won't be a problem, and as Alex's events are normally on the fun side of the meta-spectrum for competitiveness, people seeing my list isn't an issue.

More foetid bloat drones will come in the future as well as more plague marines and possibly some plague burst crawlers, so next tournament I may be taking a death guard single list.

Hopefully everything goes great at the event, and I'm sure I'll have a great time, win or lose!

Check back next time when I'll be highlighting/reviewing my thoughts from the pre event breakdowns Alex will be sure to find put up soon. Amy thoughts you have on the list, please feel free to chime in below.

Until then, take it easy
Jonathan
Posted by Unknown at 11:23 6 comments: