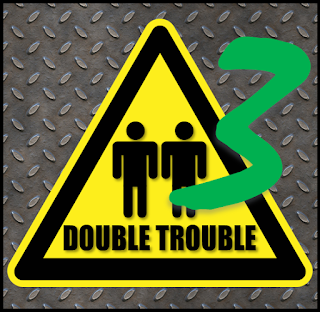 So, it's been awhile but back to random hobby articles it is!

I've just got back from Alex Brown's (of fromthefang.blogspot.co.uk) Double Trouble 3 Tournament, held at Element Games in Stockport, and what a day it has been!

The tournament is a doubles tournament with a twist, 875pts per player with different players in each game. So, not only do you have a different partner in every game, you are facing completely different opponents every game too!

Every board was set up with 6 objectives evenly spaced in each game with different deployments each time.

Secondary objectives were not in play, and Victory Points (VP) would be scored at the end of your turn if you claimed the objective (following the rules for objective secured). A variant of kill points was also in use, called Blood Points (BP) which would award the points value of a destroyed unit, or half rounding up for any units below half strength, or multi wound models being below half wounds.

31 players from not only the UK but also from the continent attended, with Alex taking part to ensure everyone got all their games on and there were no "bys" given.
I took a patrol detachment of Death Guard (list at the end of the article) which did surprisingly well.

So, I had the tournament organiser in the first game, and it was great. This would also be my first time playing against Alex as well, and he definitely played to his strengths. I have give props to Alex for running two cobbled together armies, with various rules to great effect. The Nids had two trygons, a flyrant, ripper swarms and many many genestealers. The Dark Eldar, consisted of 3 venoms with kabalite warriors, a large unit of reavers, led by an archon.

If I had spent more time gathering notes and pictures for all my games I could enlighten you more with how things progressed, but alas I forgot to keep on top of this by mid point of this game over the rest of the tournament. I've put what images I have at the end of the article.

My word, this game was brutal.

Unfortunately for Lucas, the IK codex didn't release in time for the cut off date for Double Trouble 3, limiting him to higher costing units, no new stratagems, warlord traits or relics. Lucas' Army consisted of one Knight Crusader, with Thunderfist, reaper chainsword, stub Cannon and carapace launcher, and two Armigers.

I suppose I shouldn't complain as the Imperial Knights fell pretty quickly to some unlucky rolls for saves on overeat chips and during assault, but the combination of IKs and Adeptus Custodes, is a strong one. Get a shield captain on Jetbike, he's awesome, and was more durable than the Death Guard, which made me laugh.

I was originally meant to be playing with Henni in this game, but he and Mark are old friends, so after a wee chat with Alex we were happy to switch partners. After all, but for the luck of the draw they could have been partners, so it wasn't an issue at a casual tournament such as this one.

Everyone at the table was looking for a daft, crazy, murderfest for a game, and that is definitely what we had! Khorne Berserkers were blenderising cultists left right and centre as the Bloat Drones weathered the assault of Kharn only to take him down in response with a healthy dose of whatever foul fluids the drones covered him in. I think the highlight of the game was Lukes' Y'varna assaulting Lemartes and finishing off his final wound as the final play of the game, which none of us thought would happen.

Henni and Mark took more VPs but myself and Luke took more BP so in the end I think we can call it a draw.

DG, T'au: 13VP 1510BP
KB, BA: 18VP 1207BP
Conclusions
I had an great day, all my opponents and partners made every game tense and exciting. I made a good show of my performance overall, and hopefully if Alex puts up standings for the day I can see how I did overall (and update it on here).
I wish I had remembered to take down the results my opponents, but live and learn I suppose!

I definitely feel tired, broken and very much in a good mood after the event. But alas, it is also potentially bittersweet, as Alex may only be running one more event to dedicate more time to being a responsible adult and father, as opposed to glorified nanny for all us nerds who attended.

It would be a massive shame if the niche Alex has filled, isn't taken up by another budding Tournament organiser, as I definitely believe there is the room and the scope for many more casual and fun tournaments, which are nothing more than spending time with friends, playing a game we all enjoy together.

I'm sure you will find plenty of other images and updates from across the tournament over on fromthefang.blogspot.co.uk soon, so I urge you to swing by! 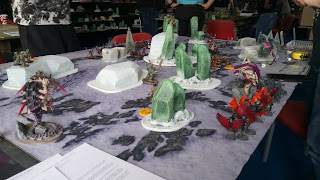 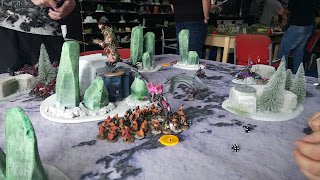 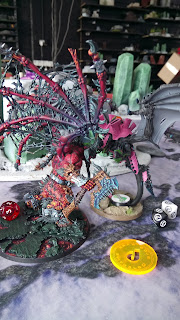 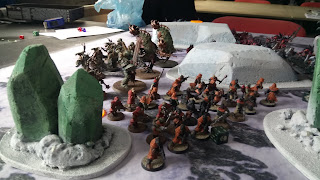 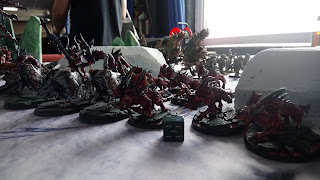 Created with BattleScribe (https://battlescribe.net)
Posted by Unknown at 15:57 7 comments:

Exploring other facets of the hobby 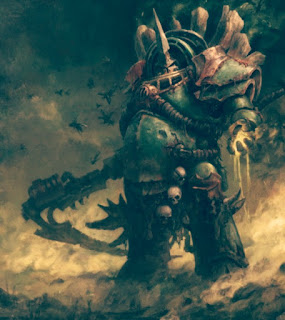 Today I thought we would have a think about a side of the hobby that has been integral to the back stories and world building of Warhammer 40,000, Warhammer Fantasy Battles and Age of Sigmar. The artwork.

Inside many, if not all of us budding hobbyists and lovers, of the worlds games workshop has brought to us, is the creative artist. Be that from the armies we build, the scenery we create ( from scratch built, to citadel moulds) to the stories we craft, we are all artists in our own right.

But what of the fine artists within, and amongst us? Where are they? Fine art in our hobby from the social media and articles I read, have been less represented compared to the physical mediums of our models. I am sure there is plenty of budding fine artists out there so I apologise if I have yet to find you (and more visible representation of your work would be a great boon to the hobby), so I thought I would start to look into this area myself.

Many many, moons ago I too was a sucker for the pen, the pencil and the page, fantasy art flew through my viens, but like any creative aspect of an individual, this has ebbed...

Now however it once again begins to flow!
The pen, the pencil and the page, I hath once again risen to bring randomness to life! So, in the spirit of self directed punishment I will be aiming to bring you artwork I myself I have created (not all original but we will get to that).

I hope to be able to post step by step guides for what I have done moving forwards (I forgot this time...), in case anyone out there would like to have a go. My work isn't professional level and shouldn't be considered as such, this is merely another creative outlet for myself, and I have a long way to get back to the level I once was at...

An important lesson I also believe in, is the difference between creativity and originality.

You can be creative without being original. No artwork is ever wrong, for your interpretation of a piece is personal to you. Never be disheartened if you feel a lack of originality, for you can always be creative.

So, with all that out of the way, lo' and behold my first foray back to the world of fine art! 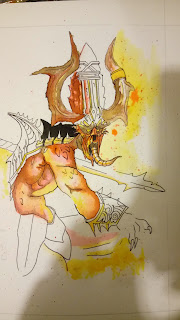 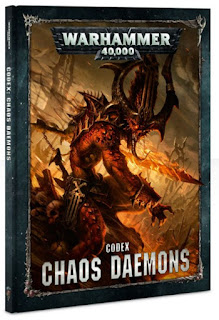 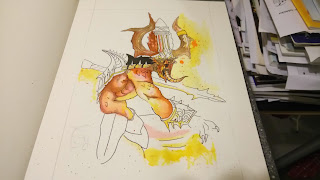 As you can see, this is a rendition of the Daemon Codex front cover; nowhere near as perfect as the original, but I feel it has a dirty grimness to it I really enjoy.

I'll discuss more about the picture, and what I used in my next post, with some thoughts on what I may try next. If any of you have any suggestions, please feel free to let me know in the comments or by email. Let the journey begin!

Jonathan
Posted by Unknown at 18:02 No comments: